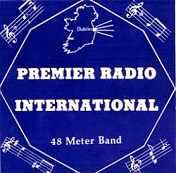 2005 saw the relaunch of Premier Radio on 6265 Khz with a new digital AM transmitter. After a visit from ComReg (Communications Regulator) in January 2009, normal broadcasts ceased on 6265Khz as we were causing alleged interference per Ofcom(UK) .We changed frequency to 6485Khz with programming until transmitter problems developed in 2012. Premier Radio is now on Shortwave 6.4 – 6.9 Mhz – Reception reports to premierradio@yahoo.ie 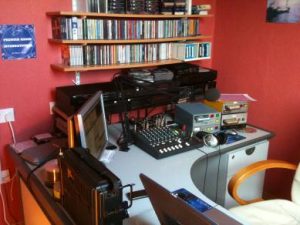